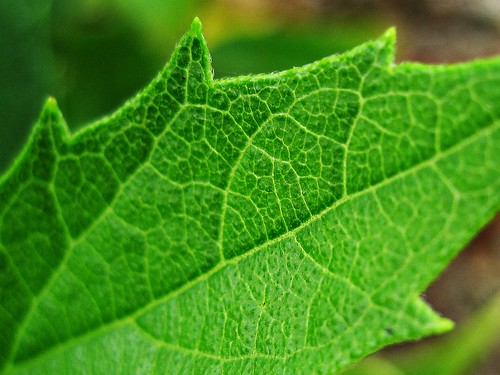 Chlorophyllin copper complex is often used as a bright green food dye.  It is also known by the name natural green 3 or by the E number 141.

Chlorophyll is the pigment that gives plants their green colour.  The chlorophyll plays an important role in the process of photosynthesis in which the plants absorb energy from sunlight.  The chlorophyll molecule is basically ring-shaped with a magnesium ion at it’s center.

Chlorophyllin copper complex is a synthetic molecule.  It is produced by first extracting the chlorophyll from plants (usually grasses such as alfalfa, fescue or rye).   The chlorophyll is acid treated to replace the magnesium with hydrogen, and then the hydrogen is replaced with copper.

It is used as a green dye in a wide range of foods including drinks, ice cream, candy, sauces, pickles and Sage Derby cheese.

It can be mixed with Curcumin to provide a lime green shade.

Beside it’s use as a food dye, it is also used in many health care products such as cosmetics, deodorants (internal and external) supplements, and skin care products.

One interesting non-food related use is in bone cement.  The green color is added to improve visibility.  It makes it easier to see the cement against the bone.

Chlorophyllin Copper Complex can be found in:

When it is added to food as a colouring agent, the amount that you would actually eat is very small.  However, it might be possible to get much larger doses from other uses:

Chlorophyllin copper complex is generally considered safe, and most people will never have any adverse reactions.  When it is heated, copper will be released, but concentrations will not reach toxic levels.

Rarely, some people may experience loose stools or green-colored urine or stools (a normal side effect of chlorophyllin and not cause for concern).

There really are no dietary restrictions with Chlorophyllin.  It can be consumed by all religious groups, vegans and vegetarians.